Our dear friend, Chris Renwick, passed away suddenly at his home in Spain on April 6, 2019. He will be greatly missed.

"As past performance has shown, I can invariably find a worthy home for any great car, be it veteran, vintage or post-vintage thoroughbred." - Chris Renwick

The biography below is from EverybodyWiki Bios, written by the venerable Dave Neyens with approval and assistance from Christopher:

Christopher (Chris) Renwick (born 1941) is an English classic automobile expert and buyer specializing in the greatest examples (mostly European marques) of sports, racing, and coach built luxury automobiles produced. He is also an author and publisher of numerous definitive books on automotive history.

As a youth, Renwick attended Kingsmoor Boarding School for Gifted Children from 1952 to 1957. From 1957 to 1961, Renwick was formally trained as a professional chef and destined to run restaurants or hotels in keeping with his family’s business. However, at age 25, following five years in the catering business and working in management at one of his father’s hotels, Renwick emigrated to the United States, eventually relocating in San Francisco, California. Finding himself unemployable as a chef, running low on funds, and not interested in starting over again peeling potatoes, Renwick found employment as a mechanic for a garage specializing in British sports cars, mainly Jaguar E-Types and Mini Coopers.

Since Renwick had already been racing Jaguars in historic events in England and had a few excursions into Mini 1000 events and amateur rallies to his credit in a variety of cars, he was quite capable of advising his friends and other young would-be competition drivers on how to set up their cars for racing at the local tracks near San Francisco, including Sears Point and Laguna Seca. From these simple beginnings, Renwick soon became the principal source of used racing cars worthy of being exported from the USA back to Europe. Mainly among them were Aston Martin DB3s, sports racing Ferraris, Jaguar C- and D-Types, Maserati 300s, and Tipo 60/61 “Birdcages.” In those days, (the late 1960s), these legendary racecars were rarely, if ever, priced over $5,000.

Quickly, Renwick became fascinated by the values of the finest classic and sports racing car values and their investment potential. One of his early clients by the early 1970s was John Calley, then-CEO of Warner Bros. and later CEO of Sony Corp. At the time, Calley was a collector of cars of the emerging ‘supercar’ genre, which soon experienced a significant drop in value. Seeking a change of his automotive investment direction, Calley asked Renwick to advise him of which important cars he would recommend as investment vehicles, versus acquiring them for their driving and ownership pleasure. Renwick devoted considerable attention to the matter, eventually focusing his approach to investment potential along the parameters of Rarity, Performance, Styling, Drivability, and Provenance to formulate his list or algorithm of the investment-worthy “Great Cars” he believed would generate sizable returns on investment over a long term.

In the process of developing his “Great Cars” list for Calley, Renwick rejected the many outstanding prewar (WW II) cars, on the grounds of their more rudimentary mechanical systems and overall driving experience. In contrast, Renwick focused his attention on outstanding postwar cars and first concluded that the best buy in the market of the late- 1960s/early-1970s was the Ferrari 250 GTO, of which just 38 examples were manufactured. His initial budget was $6,000 per car and at the time, the value range of these cars was approximately $2,500 to $6,000 in USD terms.[1]. Renwick and Calley managed to purchase six examples. Given their value in 2018 terms of some $50-$60 million per car for prime examples, a 10,000-fold increase was theoretically achieved if the cars were held to 2018. However, Renwick and Calley set a modest 100 percent target for the market-value increase, selling the cars about four years later for roughly double their initial purchase prices.

After the early success with the Ferrari 250 GTO, Renwick became obsessed by carefully- chosen older cars and their potential for superior investment returns. To obtain measurable data in support of his hypothesis, Renwick commissioned Messrs. Kennedy, Hudd, and Torrey in 1972 to analyze all classified advertisements published in the UK’s widely circulated Motor Sport magazine from 1960 to 1972 to chart the rise in value of significant cars during that timeframe. It is believed that Renwick’s study is the first ever conducted to measure and quantify the rise in market values of significant older cars.
As written in the June 1973 edition of Motor Sport[2],

“Underlining the astronomical price rise of high- class pre-war cars, Kennedy, Hudd and Torrey tell us they have completed a survey of the market in vintage automobiles which was commissioned by Christopher Renwick. They used Motor Sport small advertisements in doing this because, they say, we are "the principal vehicle of general market information about pre-war, vintage and high-performance automobiles," and because "an independent survey by Jicnars estimates its readership in 1972 at 1.5-million." Continuing, Motor Sport stated, “This makes us feel good inside and is why "over the period examined all the major dealers in London and the provinces consistently took out display advertisements...The results of this survey should make dealers and speculators in such cars feel equally good.”

During the early 1970s, Renwick collaborated with Charlie Howard, the owner of Coys of Kensington, at the time the largest classic-car dealer in the UK. Their business relationship quickly flourished, and Howard and Renwick went on to open the Coys showroom, which continues in operation today. Howard subsequently sold his interest in the operation for personal reasons and then Renwick was asked by the Hon. Patrick Lindsey, then- chairman of Christies the international auction house, to find suitable cars in America for consignment into their European auctions. If one looks at the London and Geneva auctions in the early 1970s, all the significant cars were Renwick purchases for Lindsey, and all were sold successfully. Moving his interest from 1950s sports-racing cars to the important prewar classic cars, Renwick embarked on trips to India purchasing great cars from the families of the Maharajas, who during the 1920s and 1930s ranked firmly among the wealthiest and most prolific buyers of important cars. After buying 85 cars from India, an export ban was imposed by that nation’s government, putting an end to that endeavor. One very notable example of these ex-Maharaja cars is 32 PP, a 1919 Rolls-Royce 40/50 HP Silver Ghost Tourer, which Renwick had purchased from India and subsequently advertised for sale in the pages of the May 1970 edition of Motor Sport magazine[3]

Frustrated by the Indian government's export ban, Renwick continued undaunted, turning his attention to other good sources of great cars, firstly Thailand. With an introduction from Patrick Lindsey to Prince Bira, the noted racing driver of the 1930s-1950s, Renwick managed to buy a 1909 Rolls-Royce 40/50-HP Silver Ghost from Bira’s grandfather (the brother of the then-King of Thailand). Next, in Romania, Renwick purchased a Mercedes-Benz Type 154 Grand Prix racer for collector Terry Cohen, which Renwick subsequently repurchased for Symbolic Motor Company of La Jolla, California and sold by them to Miles Collier during the early 2000s.

In 1978, Renwick purchased Dalton Watson Ltd., the leading publishing house devoted to serious automotive subjects. With already over 30 books in print, all definitive works on significant automotive subjects, Renwick added more than 20 further titles including the first definitive classic-car value guide, in 1987 through 1989. The latter edition included all known classic-car auction results up to that year. In 1989, Renwick sold Dalton Watson to its current owner, Peter Glynn Morris. From 1995 to 2005, Renwick served as a Contributing Editor and Co-Publisher at Dalton Watson. Additionally, from 1995 to 2005, Renwick was Contributing Editor and Co- Publisher, Renwick and Starkey Publishing Ltd., where he co-authored or published five titles on significant racing cars from 1998 through 2005.

As the classic-car industry expanded and matured from the 1970s through the present, Renwick collaborated with many of the top classic-car auction and sales organizations including Symbolic Motor Company[4], Coys (London, UK), Bonhams, and from 2005 to 2012, RM Auctions, where Renwick would serve primarily as a buyer of many of the company’s top auction offerings and architect of private-treaty sales from 2005 to 2012. During 2012, Renwick transitioned to a period of semi-retirement while continuing to counsel select private clients on how best to build their own private collections using his guidance and proven “Great Cars” selection criteria and methodology.

Throughout his career, Renwick steadfastly adhered to his “Great Cars” selection criteria, quietly and diligently establishing himself as the pre-eminent expert in the classic-car market. Through six decades to date, Renwick is responsible for the sale of many of the greatest collector cars in existence, sometimes handling the same car several times through the years. Among them are the Alfa Romeo 8C 2900, [Bentley 4 1/2 Litre ], Ferrari 250 GTO and 250 Testa Rossa, Hispano-Suiza J-12, Jaguar C- and D-Type and XKSS, Maserati 300S and “Birdcage” sports racers, Mercedes-Benz 540K, and other cars in this rarefied league. 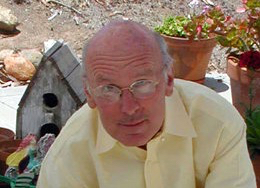 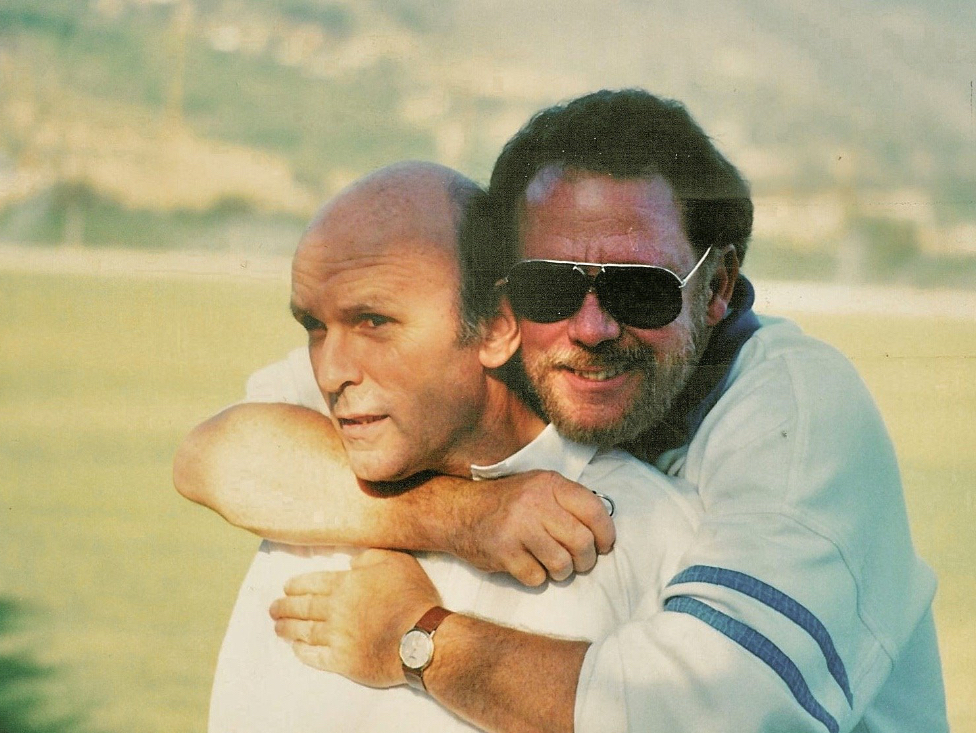